The Castalian String Quartet, which has been chosen as the winner of the first Merito String Quartet Award from among the five best-qualified quartets, is a young group based in London. The prize has been awarded at the Wiener Konzerthaus in April 2018.
The Award sets new standards in the field, as the quartets cannot submit applications but are instead “observed” by a jury in numerous concerts over a lengthy period of time, without their knowledge.

Dr. Wolfgang Habermayer, founder of the Merito String Instruments Trust, and Valentin Erben, founding member of the Alban Berg Quartet, initiated the prize. It will be presented to young string quartet groups whose musicians focus exclusively on playing in their quartets, are not older than 35 years of age, have already given concerts in the European region, but have not yet experienced a crucial leap in their careers. The winning quartet will be professionally accompanied and supported for four years to secure success on the international stage.
After a group of musicians, educators, event organisers and concert agencies had nominated 32 quartets, the five quartets named most often were “observed” for a year anonymously by a special jury. The aspects that were evaluated included their professional approach, repertoire, programming, the artistic quality, the imagination and innovation displayed by the musicians and their artistic career to date.
Valentin Erben as chairman and the following members formed the jury:
Irvine Arditti (Arditti Quartet), Isabel Charisius (Alban Berg Quartett), Krysztof Chorzelski (Belcea Quartet) and Heime Müller (formerly Artemis Quartett).

The Award includes prize money of €20,000 for artistic development expenses. In addition, a budget of €25,000 is available for professional sound recordings and a composition commission. The prize will be awarded at the Wiener Konzerthaus, where the winning quartet will also be integrated into a chamber music subscription series. The premiere will take place here as well. Further performances will follow in other selected European concert halls.

In addition, Valentin Erben will loan four high-quality string instruments made by Greiner, if required.

he Wiener Konzerthaus is an important partner of this initiative. Ever since it was established, the Wiener Konzerthausgesellschaft has always played a significant role in the string quartet tradition. The establishment still remains the home of world-renowned string quartets such as the Artemis Quartett and the Belcea Quartet.
Another partner is Impresariat Simmenauer, which is based in Berlin.

The Castalian Quartet, formed in 2011, is rapidly emerging as an exciting voice on the international chamber music scene. In 2016 they were the only European quartet to progress to the live rounds of the Banff International Quartet Competition where they won 3rd Prize.  Previous awards include 1st Prize at the 2015 Lyon and 2013 Kammermusik Hannover Competitions.

Engagements this season include performances of the complete Haydn Op. 76 Quartets at Wigmore Hall, and concerts in the Tel Aviv Museum of Art, Heidelberger Frühling Festival, and Zwischentöne Festival in Engelberg. Further afield they tour China, the US, Canada and Colombia.

They were selected by Young Classical Artists Trust (YCAT) in 2016 and in 2018 won a Borletti-Buitoni Trust Fellowship Award.

Movies and Pictures of the Merito String Quartet Award 2018 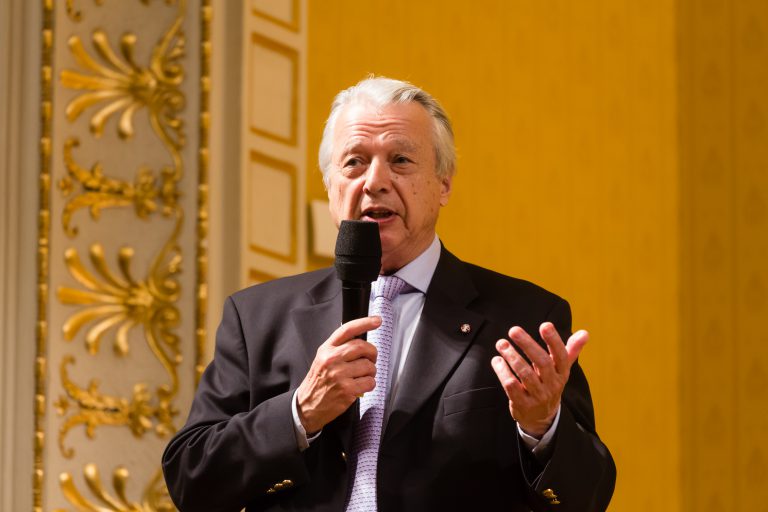 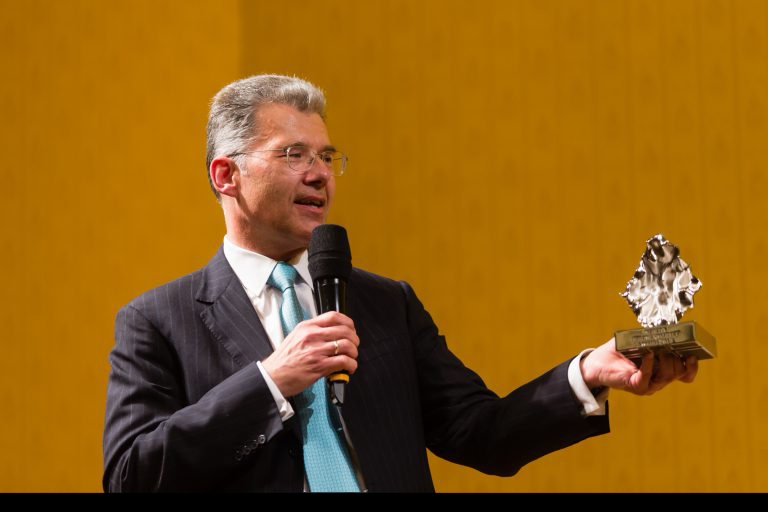 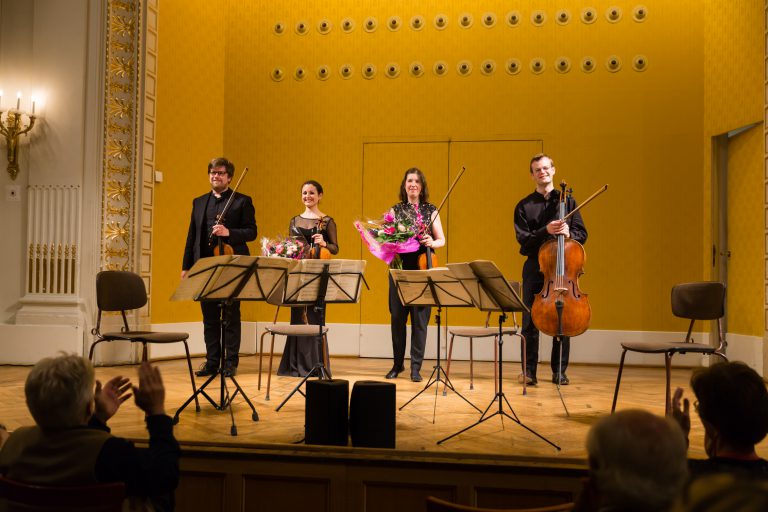 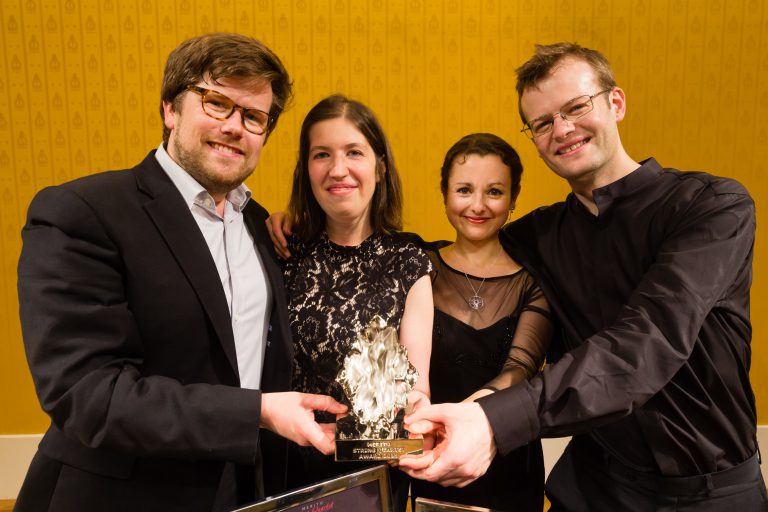 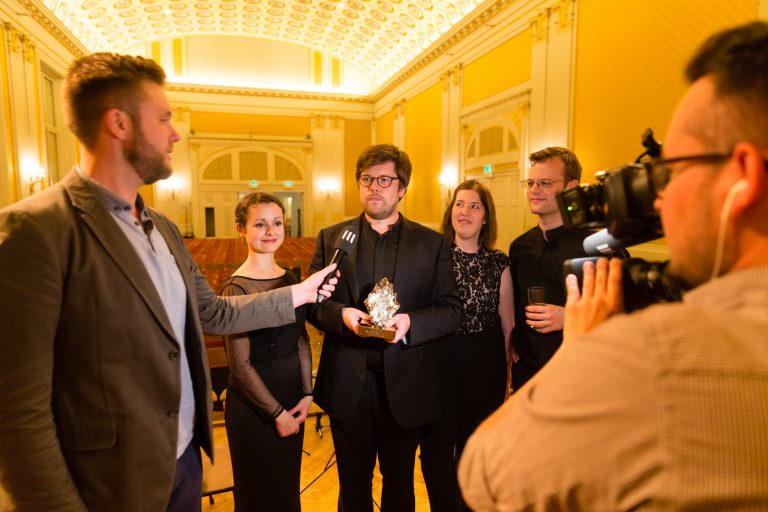 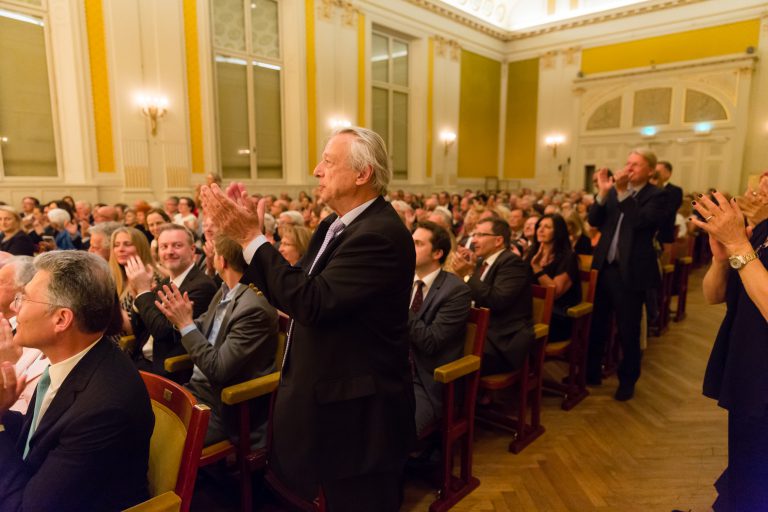 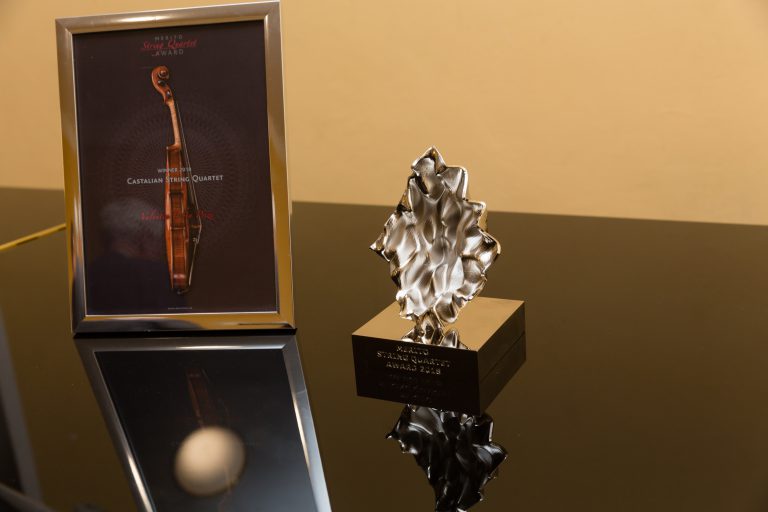